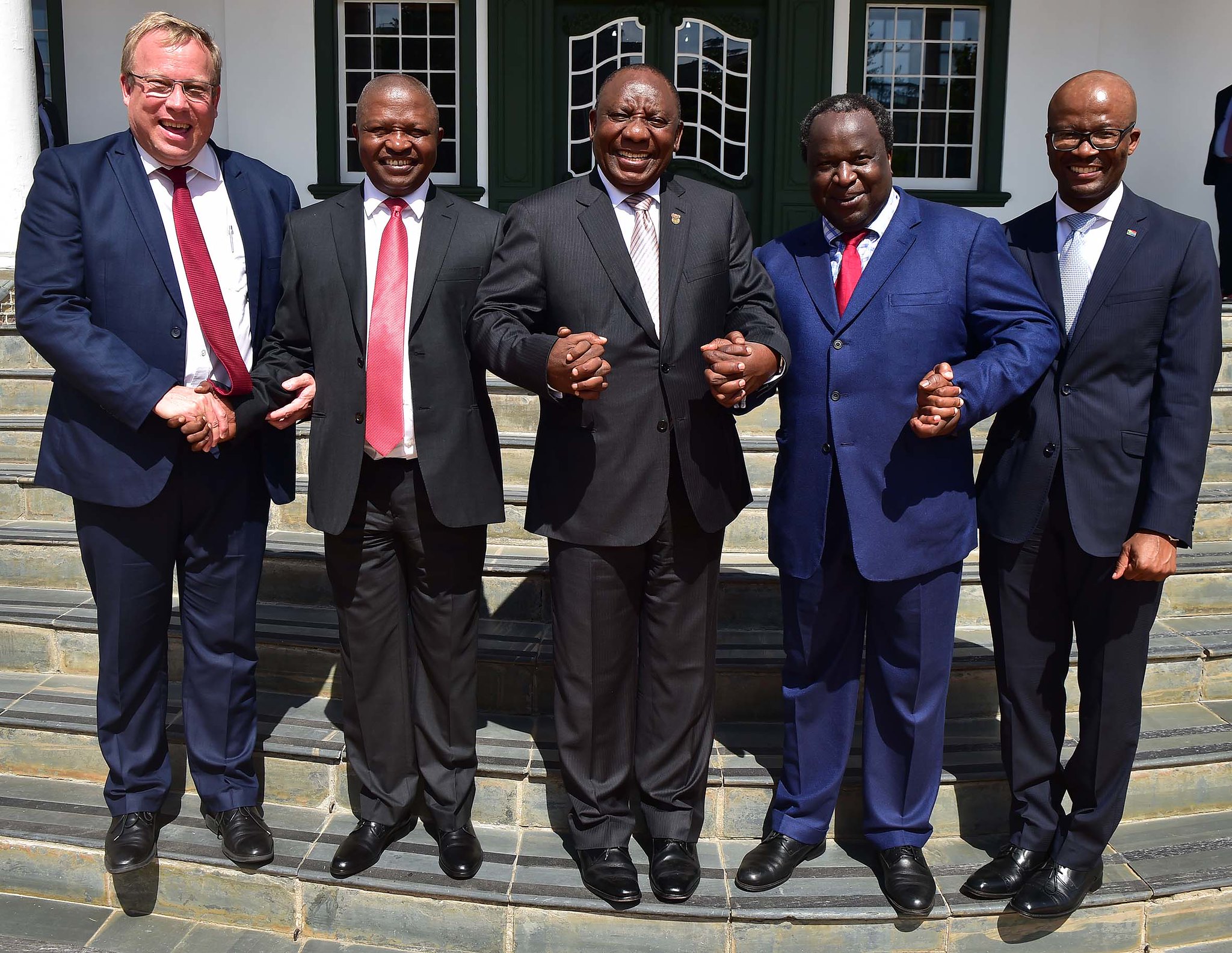 South Africans have been eagerly awaiting the 2020/21 national budget speech today. The JSE dipped over 4% on Wednesday ahead of the big speech, and while this was mostly due to repercussions of the coronavirus spreading from China throughout the globe, South Africa’s poor economic outlook and a potential Moodys downgrade has heightened investor fears and contributed to the sell off.

This is never good news for those working in industries as nascent as blockchain and cryptoassets, as the small niche means startups need to work that much harder in order to turn a profit – especially in a relatively small economy such as South Africa’s. But industry executives received an unlikely glimmer of hope from the Finance Minister’s address. It was an unexpected reference, but one that was welcomed throughout the industry.

MOVING WITH THE 4IR – RELAXED REGULATION

Finance Minister Tito Mboweni surprisingly declared that “South Africa is moving with the fourth industrial revolution.” Mboweni then went onto say, “we are determined not to be left behind. We are relaxing regulations to help our flourishing FinTech sector.”

While the “fourth industrial revolution” has been a colloquial statement used by high ranking government officials to please the ears of international investors, it hasn’t provided much substance. It is the second and third parts of Mboweni’s statement that provides the most intrigue.

Regulation is arguably the FinTech sector’s biggest hurdle in deploying new products. In order to provide new financial instruments based on technological innovations, companies need to pass huge amounts of bureaucratic regulation before legally introducing them to the market. If these regulations were relaxed, and it would be easier for firms to offer such services, receive international investment, or operate in new economies like that of cryptoassets (a key vertical in FinTech). Regulatory relaxation could generate significant revenue and attract even further investment.

Of course, it is no secret that blockchain and cryptoasset startups have long battled with international investment as well as local regulation of the industry. Such regulation has prevented companies from capitalising on cryptoasset trading opportunities and even banking with established South African banks such as FNB.

In January 2019, Global Crypto reported on the South African Reserve Bank’s call for comment on their regulatory framework around cryptoassets, and one of the comments that Global Crypto provided in our letter to the Central Bank was the following:

“…we (Global Crypto) believe that there is not only immense room for growth, but also enough capital currently in the international industry, to create significant numbers of jobs and attract sizeable investments to the country – should we adopt relaxed and progressive regulation.

“While also aware that the structure of South Africa’s complex economy calls for careful protection of our financial institutions’ stability, we believe this stability can be achieved in conjunction with progressive cryptoasset regulation.

“It is with this in mind, that Global Crypto and our community strongly encourages the South African Reserve Bank and relating organisations, to implement regulation that fosters growth within the cryptoasset industry, and in turn attracts significant international investment. And, we urge all regulatory bodies to consider the possibility that such regulation could position the country as a global leader in the industry.”

While it would be naïve to think that the Finance Minister of South Africa and his team had read this letter to the SARB, it is immensely encouraging to see the Treasury thinking along the same lines that Global Crypto has put forward in the past.

It of course remains to be seen whether this is merely lip-service to watching international investors or if this is a true indication of the approach that policymakers will take. Whichever the case, it is a start. And South African startups in the FinTech industry can hope, if only for a moment.