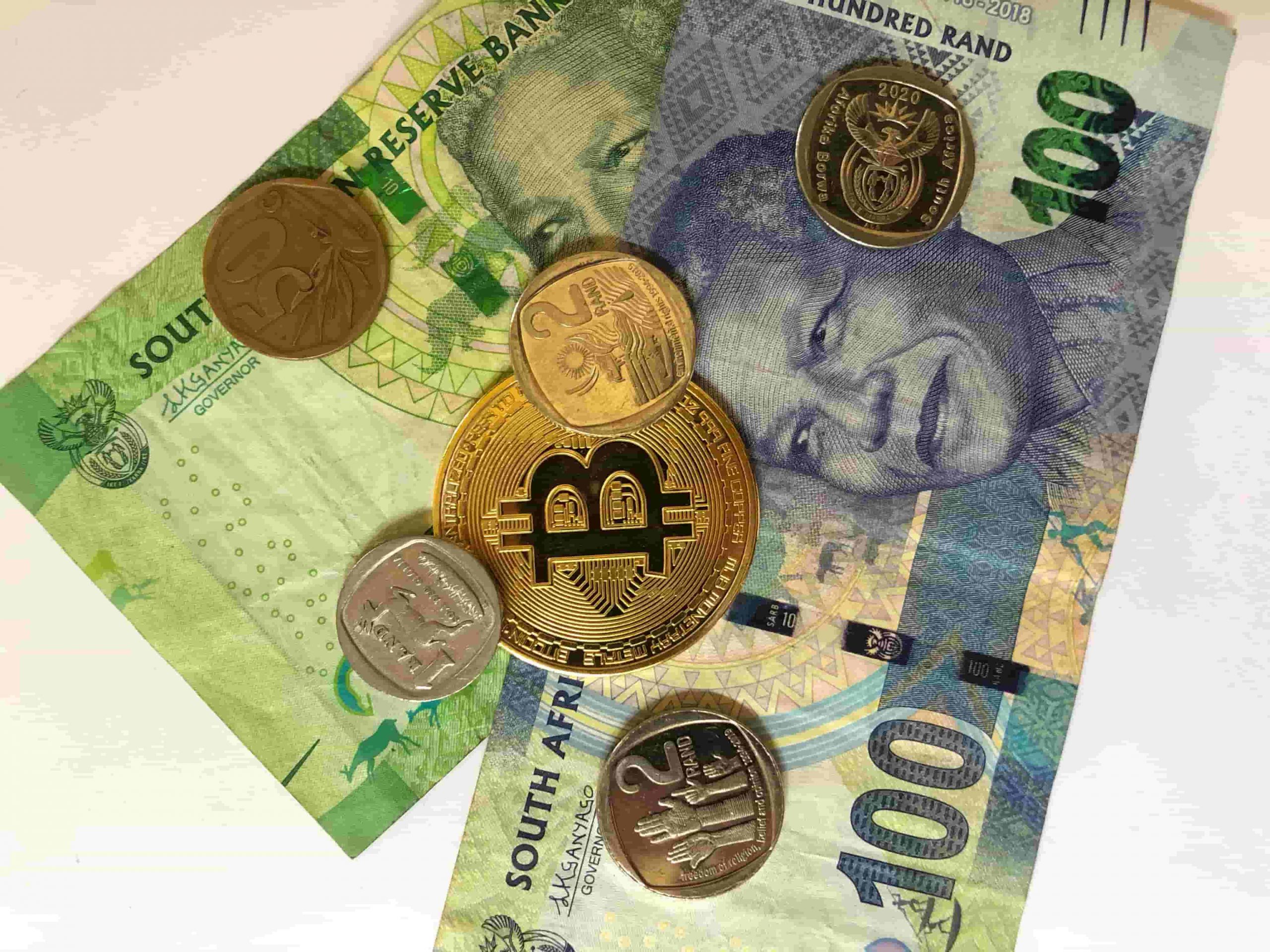 The hype had been set. The expectations were high. The pressure was on.

Bitcoin Events (PTY) Ltd. had pulled off their biggest scoop to date.

With previous conferences featuring industry giants like Andreas Antonopoulos, Vinnie Lingham, and Brock Pierce among others, was there ever a way of topping the headline acts? Especially in this immensely cold crypto Winter. But top it they did.

Almost one month before the conference, and in true South African style, Bitcoin Events made an announcement that came from left field. Premier Helen Zille would be a keynote speaker, along with the Western Cape’s Minister of Economic Opportunities Beverley Schäfer and Chief Economist for the Provincial Government, Nezaam Joseph. For the first time in South Africa, a significant member of government and key policy influencer would be directly involved in a prominent Blockchain event.

While the Joburg iteration of the conference was outstanding on every level; the venue, the size, the audience, the AV, indeed the speakers – and without any disrespect – the Cape Town conference had an aura of grandeur to it. Perhaps it was the elegant venue in the new wing of Cape Town’s International Convention Centre, perhaps it was the industry players who attended, or perhaps it was the direct involvement, from the highest level, of the Province’s government executives.

The presence of these executives was enthusiastically welcomed by an audience made up of tech geeks and “blockheads” as Premier Zille so affectionately labeled us. But it wasn’t her who got us underway. The equally elegant and unequivocally eloquent Didi Sehume addressed the decent sized audience (although admittedly smaller than Johannesburg) with the formalities and welcomes, and then it was into three back to back sessions by our government guests.

Minister Beverley Schäfer opened the Cape Town conference with a throughly well-researched and brilliantly presented address outlining what is truly possible for our economies in the likes of Real Estate, Medicine, and of course Finance, with the introduction of Blockchain. And while statements like “(going) through every sector in the province, we would likely find a way that blockchain can reduce costs, or increase speed transparency and traceability,” are inspiring and enthusing, Schäfer also brought us back to Earth with the important reminder that we are not to get caught up in unnecessary hype, citing a white paper by the World Economic Forum entitled “Blockchain: Beyond The Hype“.

Her keynote was eloquent, educated and slickly delivered, but above all: it was presented with passion and a sincere desire to see economies impacted for the better through innovative solutions such as Blockchain.

Our government guests were not afforded lengthy presentation times, and just when it seemed Minister Schäfer was hitting her stride, she was concluding her address and making way for the headline of the day’s act: Premier Helen Zille.

I have to say: I was expecting a formal address of regurgitated narrative about adapting with the times and celebrating Cape Town’s success stories. An address without much heart or consideration for what Blockchain can truly offer society.

I couldn’t have been more wrong.

Having later consulted with a spokesperson for the Provincial Office, I was told that Premier Zille presented her 20 minute address using handwritten notes based on her very own research conducted over the weekend – all while simultaneously preparing for her government’s budget proposals that afternoon. Zille had clearly been captivated in her time of study, as her passion for Blockchain’s possibilities were obvious in her address.

“We haven’t even got our feet wet yet. 10 years from now, Blockchain will be mainstream,” how about that for a thought from an established Premier of a leading South African province? She duly followed up such exuberant statements with a philosophical rebuttal: “How do we prepare for that?” And then proceeded to warn the industry that they need to recognise just how difficult it is to innovate from within the bounds of government, and that such innovation lay with us, the builders in the space currently on the ground.

Zille was not only captivated by Blockchain, she was captivating. She genuinely had the attention of her audience – not only through her decades of public address experience, but through her heartfelt call to the industry: This is truly a disruptive innovation that opens entirely new possibilities for governance. It would seem, she had drank the kool-aid.

Zille’s brilliant and emphatic keynote was followed up with an equally intriguing and captivating address by Chief Economist for the Western Cape, Nezaam Joseph. With over two decades of experience in IT for the banking industry, one would have thought that Nezaam was born for Blockchain. Alas, in my interview with Mr Joseph, I found that he was not quite the believer we had been made to believe the Western Cape government were. He was optimistically cautious. And this caution stems from years of researching not only the infrastructure of Blockchain protocols but that of its economic nature as well.

In my interview with Nezaam (to be released by middle next week), Joseph makes it clear that he believes inflation is necessary for a growing and stable economy, although within the range of 2-3% being optimal. Whether many of this audience would agree with him remains to be seen, but I would warn those wishing to jump behind the computers looking to respond, Nezaam truly knows his niche. Was he against Blockchain? Not at all. His address was actually quite the opposite, stating facts like “if one of the Big 6 banks in South Africa had to go bust, there is not enough money in treasury or the Reserve Bank to bail them out.” A frightening thought to say the least.

Joseph continued to rattle off facts about the history of both money (like 1000 year old Yap stones) and the history of government record keeping written onto goatskin (even in England to this day!) – both examples indirectly concluding that Blockchain makes for perfect modern day replacements. Although Joseph was seemingly far more diplomatic in his enthusiasm for Blockchain, his research clearly revealed someone who understands (and likes) the technology.

No Stopping The Blockchain Conference Train

From there we weren’t allowed to stop and digest all we had thrown at us, as it was straight into another leading keynote speaker in the space, Simon Dingle. Known for his radio show and book “In Math We Trust” (personally highly recommended), Simon introduced his talk in the way a true international keynote rockstar would: With interactive video ideas and visual brainteasers – all designed to make us see that Blockchain was an entirely new paradigm not yet fully understood. Especially considering Blockchain was created, in essence, as a by-product of Satoshi Nakamoto’s design of the Bitcoin protocol. Simon’s passion for the Bitcoin project is convincingly clear and refreshingly provocative.

When looking back, it is difficult to comprehend just how much the conference was able to fit in all before 5pm’s cocktail event. With talks by the massively popular and incredibly articulate JP Fabri about Malta’s preparation for this new wave of innovation, and its resounding success in drafting progressive regulation that attracts innovative startups – and the brilliant and impressively intelligent Marcus Swanepoel reminding us just how hard he worked to get BitX (now Luno) off the ground and explaining that this is a new global economy that we are in the midst of transitioning into.

Riccardo Spagni, or known by many on “crypto twitter” by his more affectionate title “Fluffy Pony“, highlighted the importance of user’s rights to privacy, and how such rights can be achieved with Blockchain technology – while Llew Claasen engaged the audience with his anecdotes of early days with Vinnie Lingham – although it’s their latest set of innovative interactions that pique one’s attention. Like a blockchain-based “Fan Controlled (American) Football League” to be based in Las Vegas. Keep an eye on Vegas for that one.

There was such a vast array of presentations that choosing which ones get mentioned in this article has become an arduous task of centralized relegation and promotion. (Perhaps you can vote for which talk you would you like to see elaborated on? See them all here, then vote in the comments. 😉) Panels with Blockchain and economic expert Farzam Ehsani and Centbee’s Lorien Gamaroff made for locked-in attention. Monica Singer’s story of leaving the elite of corporate South Africa for Blockchain powerhouse ConsenSys is an inspiring one for the ages, while Matthew Arnett’s panel contribution to Economic Inclusion in Africa utilizing Blockchain innovation highlighted what is happening right here on the African continent.

So Much To Be Hopeful For

When one spends an entire day with almost 200 developers, entrepreneurs, economists, politicians and enthusiasts, it’s actually quite remarkable to think that the market prices of these blockchain-based digital assets are still on the decline. Experiencing the energy of such a large and accomplished group unanimously dedicating their focus toward this new industry makes one wonder why companies wouldn’t want to invest their resources towards it.

Blockchain African Cape Town 2019 could very well go down as a pivotal moment in South Africa’s adoption of the technology. All because a team of people saw the importance of including government in the process, and pursuing those possibilities and gaining such high level participation. And then again further commendation must be passed to these government officials themselves for the way in which they have embraced our community.

During the day, many of us involved in the conference were side-swiped from an email by the Premier herself; inviting us to her official residence the following night to begin a dialogue about how we can fast-track the adoption of this technology in our country – starting with her jurisdiction in the Western Cape. Constrained by her mere 9 weeks left in office, Premier Zille wanted to swiftly gather thought leaders in South Africa’s industry to get the ball rolling sooner rather than later.

The conversations and introductions made between key government officials and leading technologists, engineers and entrepreneurs in the space were ones that will be invaluable to South Africa’s adoption of Blockchain and DLT. Credit must go to Premier Zille for her passionate response to the research she conducted on Blockchain. It is not common to see such a swift and active response to an idea that inspires us.

And that’s exactly what has happened.

It is for the people. After all, the people are the ones who have the power to alter their future.

And Blockchain Africa 2019 was a resounding amplification of this powerful idea.