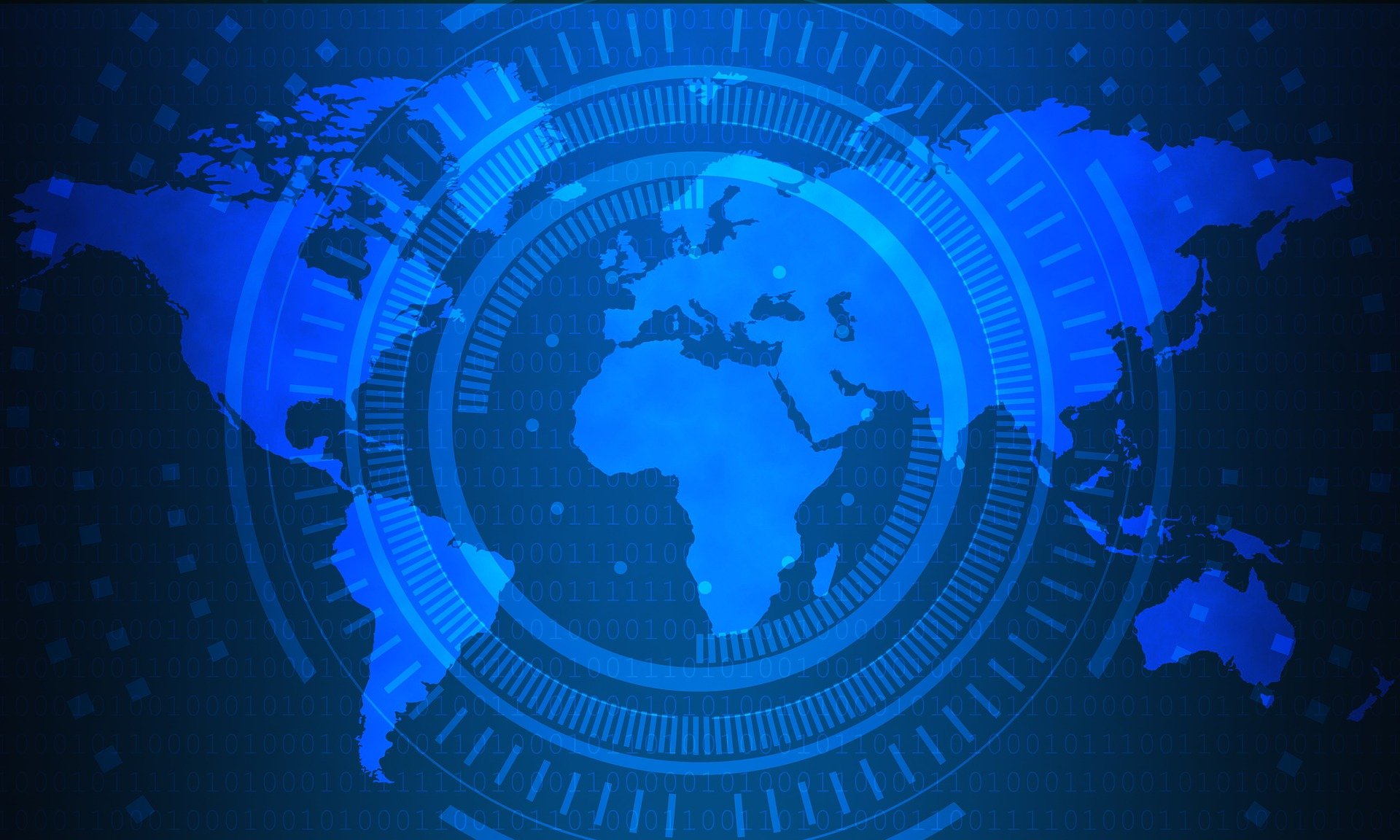 Executive Editor’s Note: Global Crypto is delighted to welcome Rob Hare of Bowman’s Law to offer insight into the regulation of cryptoassets in South Africa. South Africa’s economic regulatory environment is complex and fraught with bureaucracy and has, in part, led to Bitcoin’s premium selling price in the country. In his first article for Global Crypto, Mr Hare offers his professional opinion on the SARB’s approach to exchange control and crypto in the country.

Central banks and other financial services regulators have long been in a quandary over how to regulate digital assets. The issue can no longer be avoided. Cryptocurrencies and related cryptoassets have been widely adopted, worldwide, placing central banks under increasing pressure to regulate these assets.

What is behind the drive to bring cryptoassets and CASPs into the exchange control net in South Africa?

It is part of a global shift towards the regulation of these assets, spearheaded by the Financial Action Task Force (FATF), of which South Africa is a member. FATF has issued recommendations on regulating these assets and CASPs, to combat illicit cross-border financial flows, money laundering, terrorist financing, tax evasion and impermissible tax avoidance arrangements, while securing the efficiency, integrity and inclusiveness of financial markets and protecting consumers.

South African financial regulators, including the SARB, formed an Intergovernmental Fintech Working Group (IFWG) to consider fintech regulation, and within that, the Crypto Assets Regulatory (CAR) Working Group to consider the regulation of cryptoassets.

In June 2021, the CAR Working Group issued a position paper setting out its proposed approach towards a regulatory framework for cryptoassets and CASPs.

The SARB has the unenviable task of figuring out how to bring these assets and services providers into the exchange control regime.

What are the difficulties that the SARB is facing?

Trying to fit cryptoassets into an exchange control regime raises an array of tricky issues.

The first difficulty is determining whether or not cryptoassets are ‘capital’ for the purposes of the exchange control rules. This is key, as our Exchange Control Regulations contain a rule (Regulation 10(1)(c)) that prohibits transactions where ‘capital’ or any ‘right to capital’ is ‘directly or indirectly exported’ from South Africa.

The SARB has released conflicting statements related to this question. On the one hand, the June 2021 position paper recommends that the SARB should ask the Minister of Finance to amend the above mentioned rule, under the Exchange Control Regulations, to include cryptoassets in the definition of ‘capital’. On the other hand, a ‘Frequently Asked Questions’ document issued by the IFWG, states that the above-mentioned rule covers transactions where an individual buys cryptoassets ‘in’ South Africa and uses them to ‘externalise any right to capital’. The regulations do not explicitly define ‘capital’.

In light of the SARB’s inconsistent statements on this point, and the lack of clarity in the definition of ‘capital’, the next step is to look at what the courts have said on the meaning of ‘capital’ for exchange control purposes. There is, however, very little South African case law on this point.

In Couve and Another v Reddot International (Pty) Ltd, the court held that ‘capital’ means anything with monetary value.

This definition was found to be too wide in Oilwell (Pty) Ltd v Protec International Ltd & others 2001. Here, the Supreme Court of Appeal defined ‘capital’ more narrowly as ‘cash for investment’ and ‘money that can be used to produce further wealth’.

At first glance, one might argue that cryptoassets can be used ‘for investment’ or ‘to produce further wealth’. The court in the Oilwell case, however, found that ‘capital’ must not be interpreted to include things on which ‘capital’ has been spent. In this context, it is important to remember that cryptoassets, including cryptocurrencies, are not actually regarded as ‘cash’ or ‘money’ in a legal sense in South Africa. Under this meaning of ‘capital’, in the Oilwell case, cryptoassets are things on which ‘capital’ (‘traditional’ money) would be spent.

How do cryptoassets differ from traditional money?

The IFWG, and the SARB, in particular, have been clear that cryptoassets are not ‘money’ in the legal tender sense of the word, even though they can, to some extent, be used in the same way as money.

This is also the position in almost every other country, with the recent exception of El Salvador.

Then, there are the differences in how money and cryptoassets are exchanged, circulated and stored. The fundamental difference is the ‘de-centralised’ nature of cryptoassets: there is generally no government, bank or other ‘middle man’ that issues, stores or otherwise dictates how you use your cryptoassets.

For instance, if you ‘buy’ a cryptoasset, such as Bitcoin, you do not actually receive a coin or any other kind of asset that is ‘issued’ or ‘printed’ by your government or central bank. Your purchase is recorded on a public ledger, or blockchain, which is technically visible to everyone. This ledger is stored on thousands of computers, all of which keep track of any transactions added. The Bitcoin you have purchased does not sit in a bank account ‘in’ South Africa, or any other country. Technically, it ‘exists’ all over the world, on all of the computers that store a copy of the Bitcoin public ledger or blockchain.

These and other differences complicate attempts to squeeze cryptoassets into the mould of capital as ‘cash’ or ‘traditional’ money.

The solution is obviously to change the Exchange Control Regulations. Is this on the cards?

Yes, it seems so but this would not necessarily be a straightforward process.

As mentioned earlier, the June 2021 IFWG position paper on cryptoassets recommended that the SARB should ask the Minister of Finance to include cryptoassets in the definition of ‘capital’ for the purposes of exchange control.

This recommendation is puzzling, because it is not clear whether the suggested inclusion of cryptoassets in the definition is for the sake of clarification, or whether this suggestion implies that the current definition of ‘capital’ does not include cryptoassets.

If it is necessary to expand the definition of capital to expressly include cryptoassets, does this mean that, until the proposed change is implemented, it is not possible to contravene exchange controls through the transfer of cryptoassets offshore?

Again, this position would seem to contradict the statement, in the IFWG’s ‘Frequently Asked Questions’ document, that Regulation 10(1)(c) covers transactions where an individual buys cryptoassets ‘in’ South Africa and uses them to ‘externalise any right to capital’.

On the other hand, it may be possible to argue that cryptoassets are implicitly included in the definition of ‘capital’ under the exchange control regulations. Such an argument could look something like the following:

One of the main purposes of South African exchange controls are to ensure that all flows of capital in and out of South Africa are recorded through the SARB’s reporting system. It is a practical reality that, despite the difficulties inherent in regulating cryptoassets, cryptocurrencies are already easily exchangeable for foreign currency.

The June 2021 position paper acknowledges that cryptoassets can be used to circumvent exchange controls and to facilitate the flow of capital out of South Africa, without reporting through the appropriate channels.

If the term ‘capital’ is interpreted with this purpose in mind, an argument could be made that cryptoassets must be regarded as ‘capital’, otherwise the purpose of the regulations would be undermined.

What other difficulties does the SARB face in fitting cryptoassets into the exchange control regime?

It would have to enforce the requirement that no one may ‘export’ capital from South Africa, without prior permission from SARB.

The difficulty here is: at what point in time is a cryptoasset ‘exported’ from South Africa?

If, for example, Jane, a South African exchange control resident, buys Bitcoin in South Africa, she will then ‘hold’ the relevant amount of Bitcoin on a public key, on a public ledger or blockchain, that is ‘stored’ on thousands of computers around the world. Jane may ‘hold’ that Bitcoin in a ‘hot’ wallet, using a software programme to store and use her private key so that she can access her Bitcoin.

Say Jane ‘sends’ that Bitcoin to the ‘hot’ wallet ‘held’ by her friend, John, in Belgium. The Bitcoin is not transferred from South Africa to Belgium. Rather, the transfer is added to the public ledger or blockchain, again stored on thousands of computers globally, and John can now access that Bitcoin using his own private key. Has Jane ‘exported’ Bitcoin to John? Possibly, but arguably not in the ‘ordinary’ sense of the word ‘exported’.

But, what if Jane merely gives John her private key, so that he can access her Bitcoin on the public ledger or blockchain? Has she ‘exported’ Bitcoin?

Or, what if Jane had stored her Bitcoin on a ‘cold’ wallet, such as a USB drive, and then happened to carry the drive with her when visiting John in Belgium? The Bitcoin still sits on the public ledger or blockchain – it is only accessible to Jane in Belgium because she accidentally packed the USB drive in her luggage. Has she ‘exported’ Bitcoin?

The challenge for the SARB will be to pinpoint the points in time when cryptoassets can be said to have been exported from South Africa. It faces a related challenge in developing reporting requirements around cryptoassets, to ensure that the cross-border balance of payments is accurate.

What is the challenge with reporting requirements?

Various practical challenges could arise. All cross-border flows of capital are supposed to be processed through an Authorised Dealer (AD) (i.e. a local bank) and recorded on the SARB’s systems. But, if an item is exported from South Africa and payment is received in the form of cryptoassets, there is no way to record, for exchange control purposes, that the payment of cryptoassets has been received.

The IFWG position paper does make some recommendations to address such hurdles. For example, it says the SARB should amend the manual for ADs to enable ADs to facilitate the accurate reporting of cross-border cryptoasset trades, including the transfer of fiat money to acquire cryptoassets abroad.

This particular change is desperately needed as individuals and entities trading with cryptoassets otherwise face much difficulty in practice.

All things considered, how would you sum up the task SARB is tackling in bringing cryptoassets into the exchange control net?

There are no easy answers for the complex challenges that the SARB faces in regulating cryptoassets. Just when one problem appears to have been solved, another pops up, and another. Dealing with all aspects of the exchange control conundrum will be easier said than done.

This article is an opinion piece received from Bowman’s Law. Global Crypto did not receive any form of compensation for its publication, and as this material is deemed newsworthy for the Southern African blockchain industry, it was thus published accordingly.