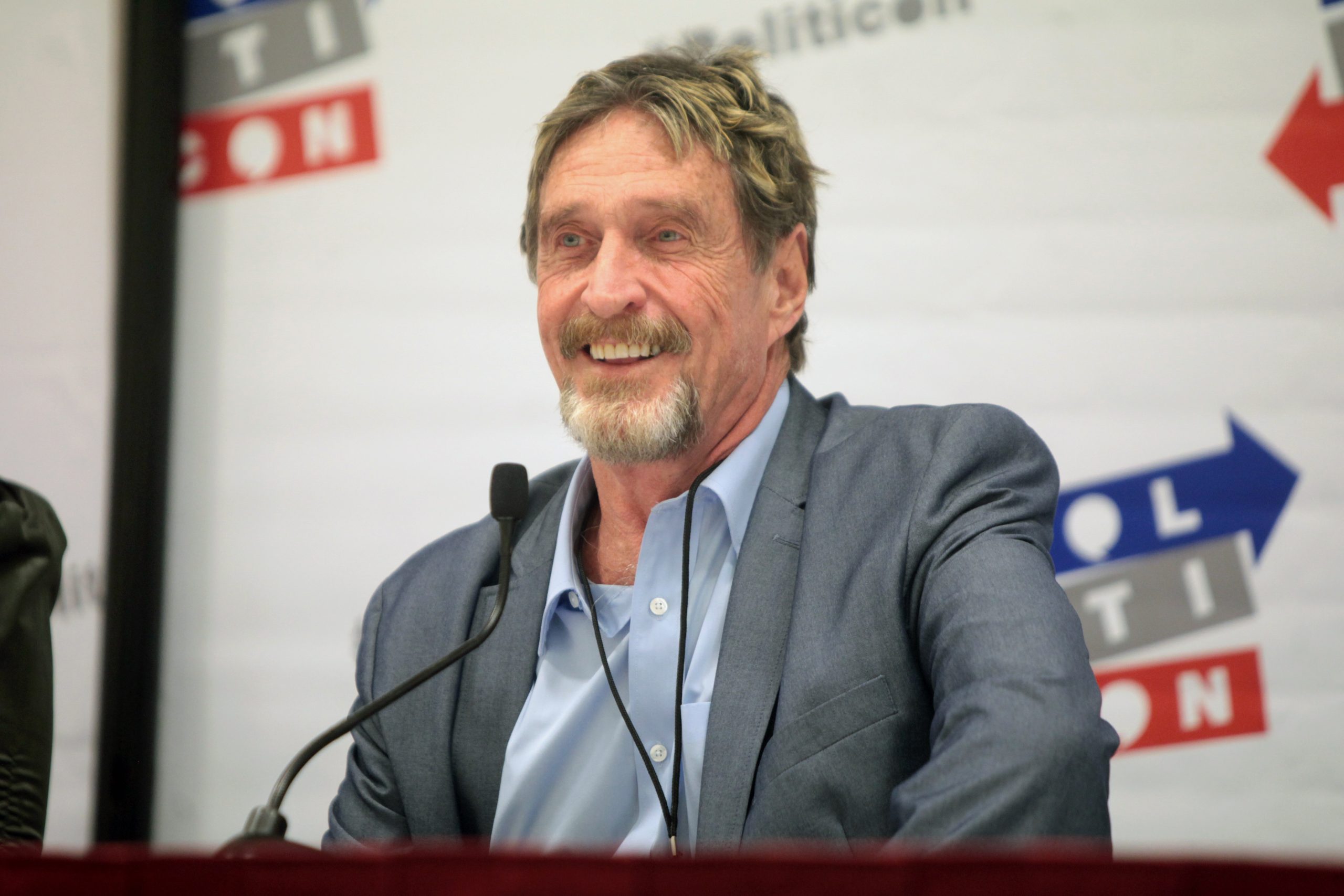 Cybersecurity millionaire and crypto personality John McAfee has been arrested in Spain on allegations of tax evasion and is awaiting extradition to the United States, according to the US Department of Justice.

According to the indictment, McAfee is accused of failing to file US tax returns from 2014 – 2018. McAfee allegedly directed his income to be paid into bank accounts, and cryptocurrency exchange accounts in the names of others. The indictment further alleges that McAfee attempted to evade the Internal Revenue Services (IRS) by concealing assets, including property, a vehicle, and a yacht, in the names of others.

On the same day as his arrest, the US Securities and Exchange Commission (SEC) filed a lawsuit against McAfee for violating US securities laws. McAfee is accused of allegedly promoting seven initial coin offerings (ICOs) throughout 2017 and 2018, without disclosing that he was being paid to do so. The SEC’s complaint stated that:

“McAfee’s extravagant posts (such as tweeting predictions about BTC price increases and promising to “eat my d**k on national television” if such predictions did not pan out) and interviews about his BTC predictions generated an enormous amount of publicity, especially among the digital asset community.“

BREAKING: SEC sues John McAfee for lying about eating his own schnitzel on national t.v. pic.twitter.com/Iz3Rl2ApbE

McAfee allegedly used his fame to make more than $23 million in undisclosed compensation, by promoting at least seven ICOs to his Twitter followers. The SEC is seeking civil monetary penalties and an order prohibiting McAfee from serving as a public officer or director in the future.