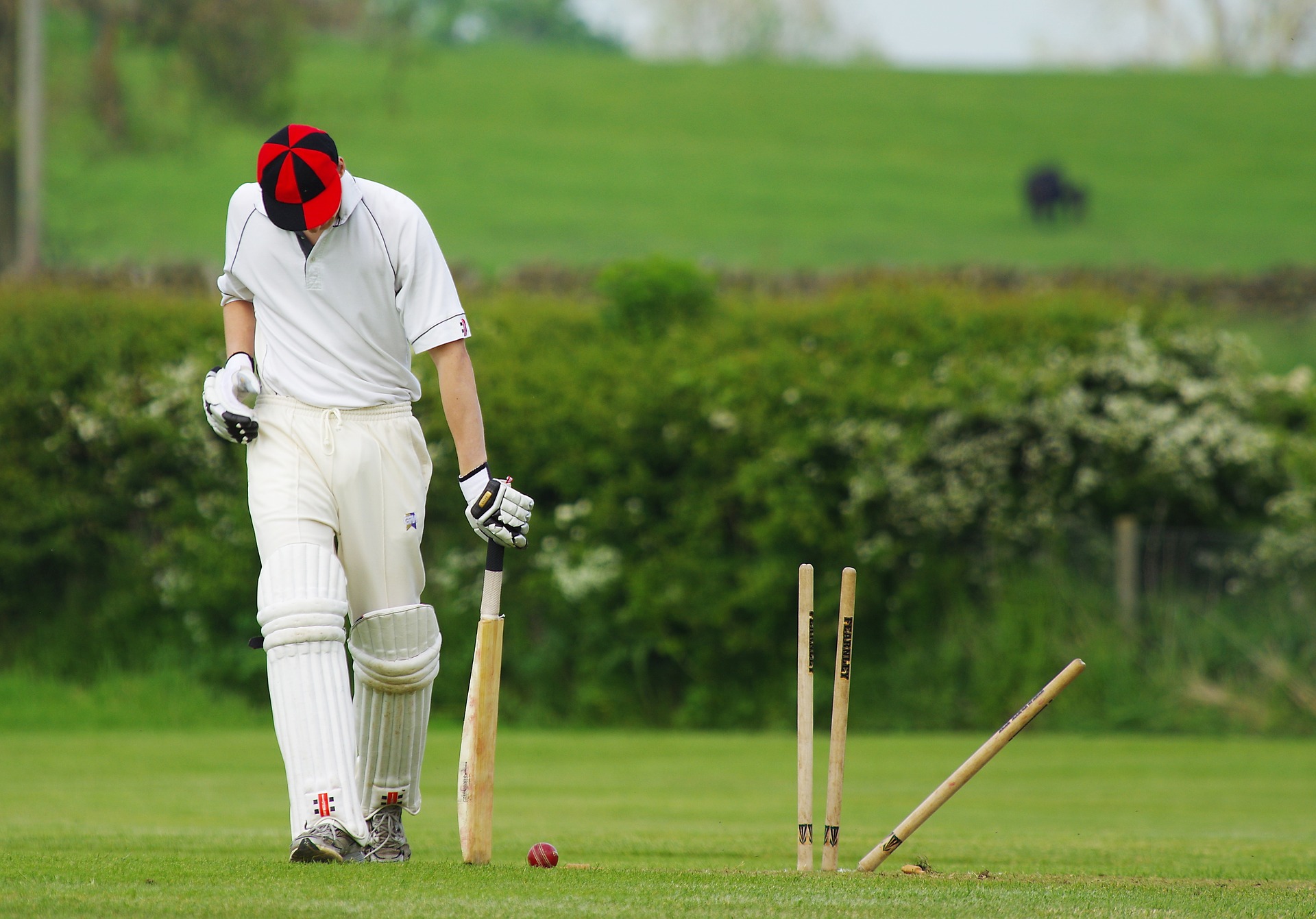 It’s impossible to understate the importance of always being vigilant with your tokens. In the cryptospace, we’ve become accustomed to managing private keys, seed words, wallet extensions, exchange profiles, and everything in-between. That’s all a lot to keep track of, and getting caught up with these relatively new habits in our daily lives makes it all too easy to forget certain other fundamental security basics.

From dodgy ICOs that appear legitimate on the surface, to spammers and hackers who will try to pose as the real deal, there are a lot of bad actors out there.

In fact, that’s exactly what happened to none other than South Africa’s very own national cricket foundation. The Twitter account @OfficialCSA was hijacked, posting a message that looked quite official to the unsuspecting reader.

The tweet announced an alleged partnership with Luno, calling for deposits to a specific BTC wallet in exchange for entry into a 20BTC lottery. 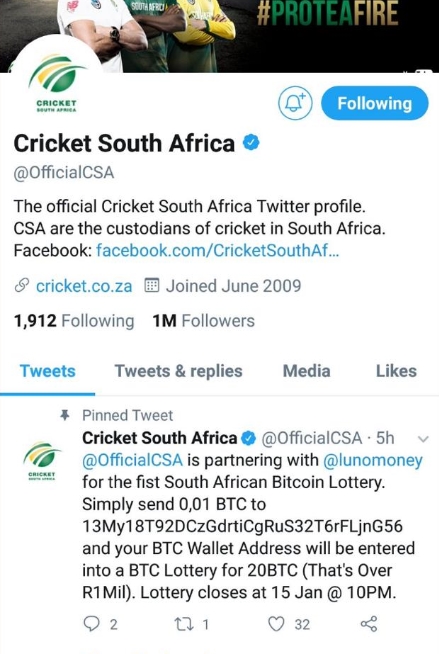 The tweet, since deleted, looked about as legit as can be. It wasn’t.

Needless to say, it wasn’t real, and although several other tweets from legitimate looking accounts are still floating around, it seems that only two transactions to the wallet were made, to the tune of 0.02BTC – roughly $70USD at the time of writing.

Cricket South Africa have since regained control of their official Twitter account and issued an apology, before quickly returning to regular modus operandi – Hopefully with stronger security measures in place for their social media presence overall. 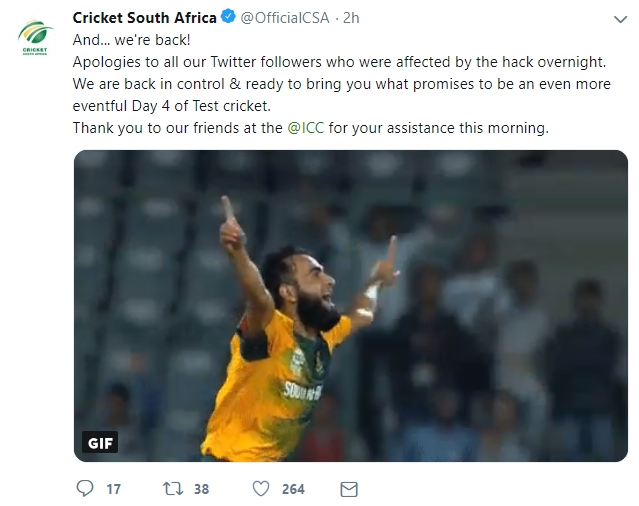 Luno, also having been implied in this short-lived scam attempt, issued their own statement distancing themselves from the event. They go on to offer a helpful post on how users can best protect themselves from such attacks.

We urge you all to remain vigilant when guarding your tokens, spending them with at least as much care as you would your fiat currencies. No matter how good an opportunity may seem, you should always personally verify the authenticity of the claim.