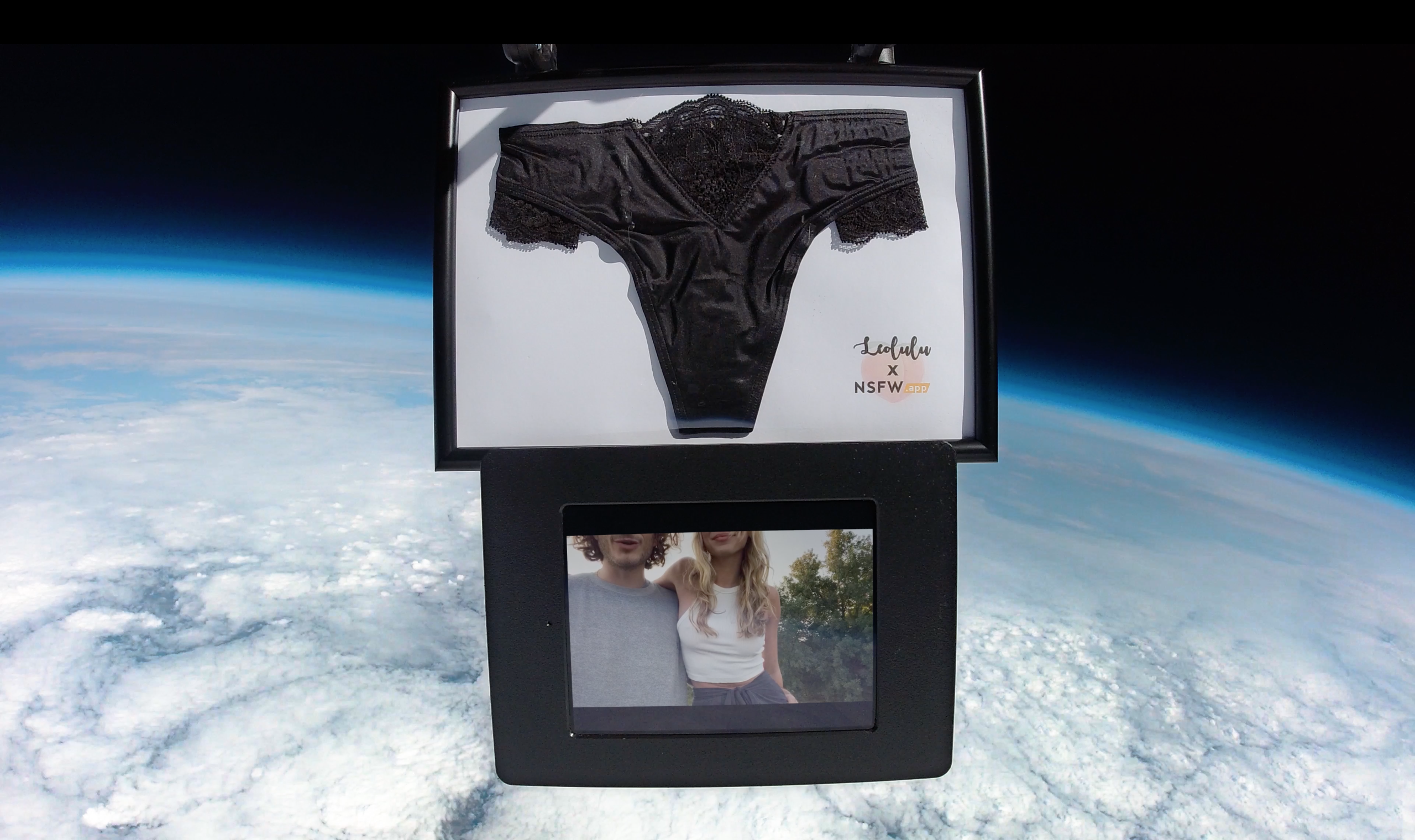 A pair of pants have been fired up into space in a campaign to fund research into women’s reproductive health and wellbeing, whilst also raising awareness for sex workers struggling after OnlyFans adult content ban.

Whilst Elon Musk may have sent a Tesla up to space, this is the first-time briefs have ever been seen floating in the atmosphere.

Donated by Leolulu and commissioned by content sharing platform NSFW.app, the pants will go under the hammer in an online charity auction next week to raise money for Wellbeing of Women.

Leo, who owns the lingerie, said: “Growing up I was shocked to discover how little research there was on women’s health and how recently what I consider to be the most basic improvements were made.

“I often wish for better solutions when it comes to a variety of challenges women face, including menstruation, contraception and giving birth.”

Her partner, Lulu, added: “This why we are raising money for the charity Wellbeing of Women, as its ground-breaking research has already saved and changed many lives for the better, and we want to show our support to a cause that’s close to our hearts”

Image: LeoLulu (Left: Lulu Right: Leo) The couple are famously known for keeping their faces anonymous, only revealing their bodies to subscribers and fans

The pioneering pants took two hours and 27 minutes to reach 107,089ft (32,641m) above the Earth, after being launched into the stratosphere’s temperatures of minus -55C from Sheffield by space experts at Sent Into Space.

Having reached peak altitude, they then headed back towards Earth at a staggering 250mph, with its parachute deploying at around 52,493ft  to slow the speed and enable a safe landing.

Sent Into Space Director, Dr Chris Rose, said: “We’ve sent a lot of items into space from chicken nuggets to headphones, but this is the first time we’ve launched a pair of pants up there. However, whilst it may seem crazy, the campaign is raising money for a great cause which will support women all over the world.”

The auction, which takes place on Tuesday, September 7, on leading NFT marketplace Opensea.io will see the highest bidder receive an NFT clip of the pants in space, along with the physical framed item.

100% of the proceeds will go to charity, while other donations can be made on the Just Giving page: https://www.justgiving.com/fundraising/spacemission

NSFW.app is a content platform focused on the fantasy fanzine, adult and sex tech genres, and whilst the company are focused on fun and self-expression, they recognise the more serious issues faced by their fans.

“The support from NSFW.app sends a message that the mental health of content creators is being supported across the industry, especially during times of change like this, which can often exacerbate mental health symptoms,” says Leya Tanit, founder and CEO of Pineapple Support.

Ultimately the mission of NSFW.app is to share creative content, but also to ensure it is enjoyed safely, with guaranteed support for users each step of the way.