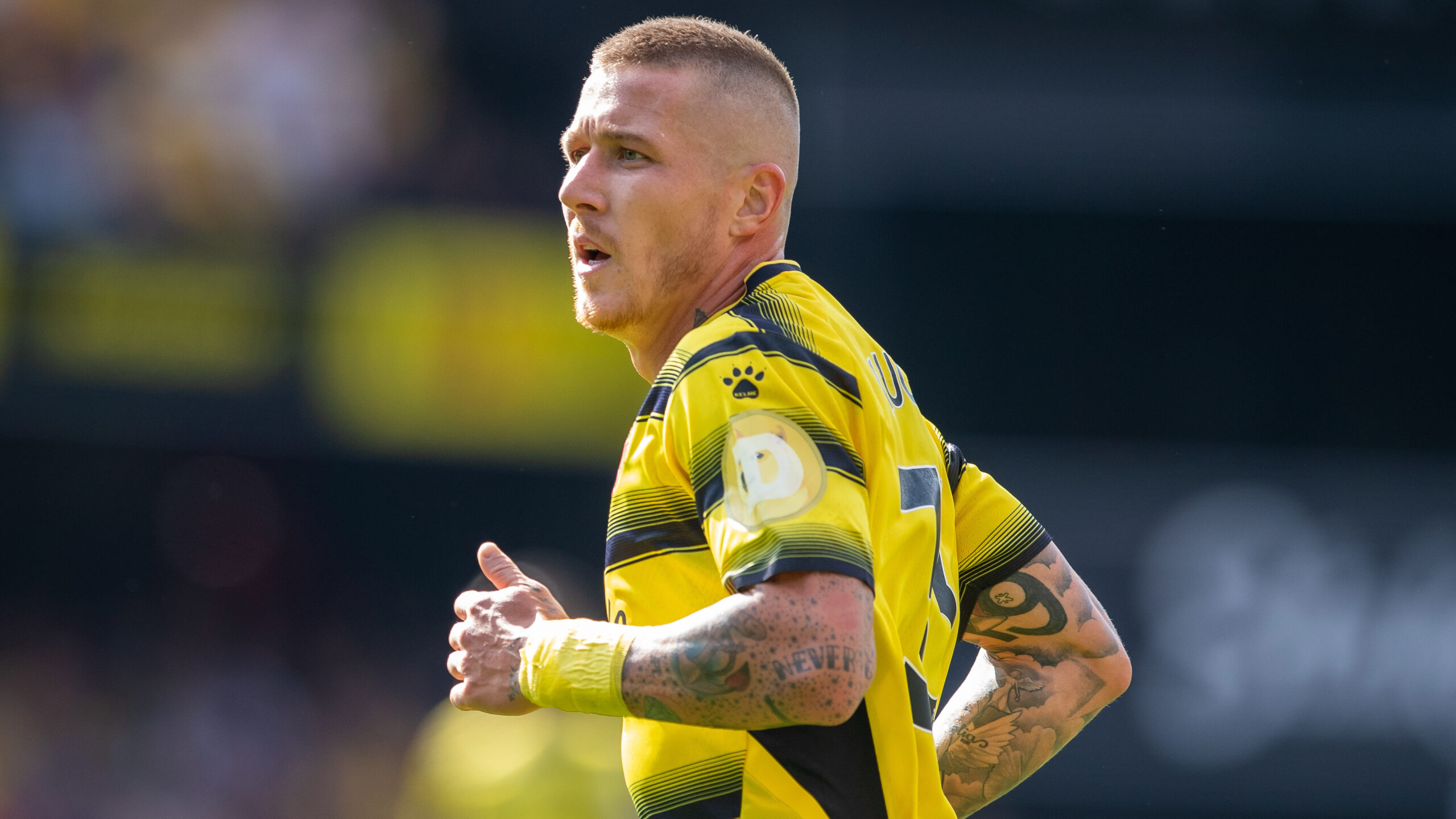 English Premier League team Watford FC have announced a partnership that will see the Dogecoin (DOGE) logo displayed on their jerseys for the remainder of the 2021/22 season.

The feature is part of a sponsorship deal with gambling website Stake.com, according to a report from The Athletic.

The sponsorship deal is worth in the region of £750,000, and isn’t the team’s first crypto-related advertising deal. In 2019, the club began sporting a Bitcoin logo on their sleeves as part of a partnership with Sportsbet.io.

While the announcement has come a week after this Premier League season’s opening, the partnership is clearly already in effect, with the Dogecoin logo displayed on the jerseys in Watford’s recent victory over Aston Villa on Saturday 14 August – as can be seen in the below game images tweeted by the Club the following day:

Sum up this man’s debut in one gif pic.twitter.com/2RsGSvL4Xb

Dogecoin, the crypto that started as a joke in 2013, had a significant breakout quarter in early 2021 with the help of celebrity endorsements and the power of memes. The coin is up over 9000% in the last year and is now the seventh biggest cryptocurrency in the world by market cap (currently sitting at 31 US cents, up 27% in the past week).

The English Premier League is the most lucrative football league in the world, bringing in at least $1.38 billion in revenue per year. But English football teams aren’t the only ones making such pioneering moves.

Other big footballing leagues in Europe, such as the Champions League, are also taking advantage of the hype surrounding cryptocurrencies. The highly decorated French club Paris Saint-Germain (PSG) recently signed footballing legend Lionel Messi in a deal that includes the ownership of PSG fan tokens.

With the excitement of Messi joining the club, PSG’s token went soaring over 100%, reaching a high of $58.04 after hitting $22 just days earlier.