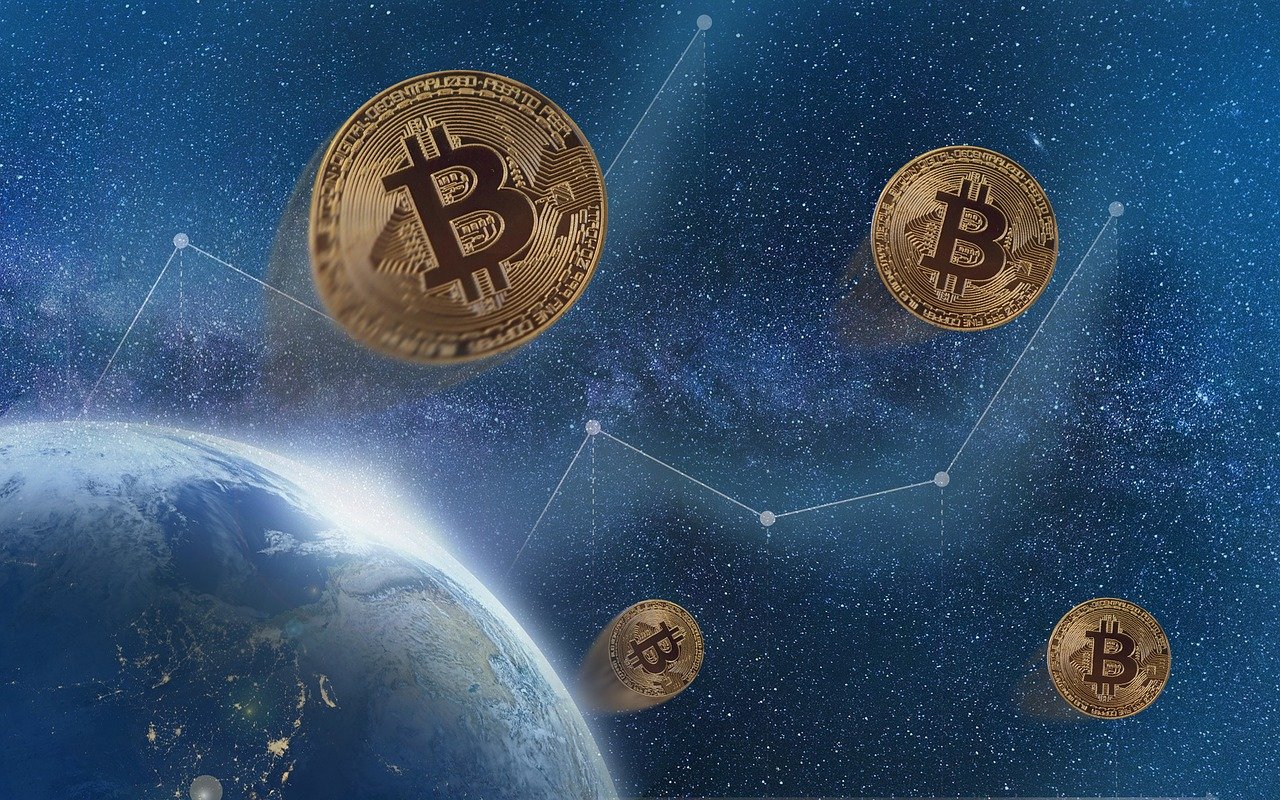 Global cryptocurrency exchange Luno added almost a million new South African customers during 2020, and over 250,000 so far in 2021. It has achieved 300% year-on-year growth compared to January 2020 and recorded $8.3 billion in transactions worldwide. Luno processed nearly $3 billion in volumes in SA last year, and was already above this number at the end of March.

An estimated 15% of South Africans have invested in bitcoin – the second highest percentage in the world according to the Global Web Index, beating even the USA and Japan.

With over 2.1 million users in South Africa, Luno has around the same number of clients as South African Twitter users according to Statistica. It’s also the fifth most popular finance app on iPhone and third on Android – ahead of most of Africa’s biggest banks.

A three-month average reveals that more than 145,000 South Africans installed the Luno app each month from November 2020 – January 2021.

Marcus Swanepoel, CEO and co-founder of Luno commented that, “The past twelve months has hastened the adoption of crypto globally. While a lot of the attention has been around institutional adoption, retail adoption has been growing at an arguably even more frantic pace. In 2021, we expect to continue this exponential growth, on track to reaching our goal of one billion customers by 2030.“

According to Marius Reitz, Luno’s GM for Africa, “South Africans are definitely curious about crypto. Google Trends has South Africa as among the highest in the world for interest in #Bitcoin – fourth behind Nigeria, Austria and Switzerland. Searches for #Bitcoin peaked in the first week of January this year,” says Reitz.

Interestingly, crypto investors in South Africa are relatively young. Around 40% of Luno’s South African customers are aged 29 or under. Around 65% of Luno’s users are male and about 35% female which is better than the industry average of 70% male to 30% female.

Since Luno’s acquisition in September 2020 by Digital Currency Group (DCG), the world’s largest blockchain investor, Luno has seen the number of active users increase by 167%, whilst the number of app installs has increased 119%. 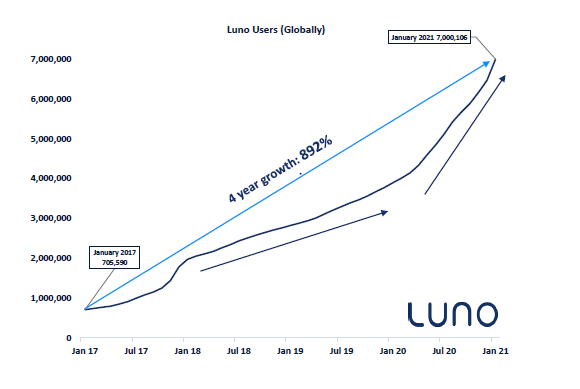 CEO Barry Silbert from Digital Currency Group says: “Luno has seen phenomenal growth over the past 12 months and is one of the fastest-growing companies in DCG. We will continue to make significant investments to support Luno’s commitment to drive global economic and social change through the transformation of traditional financial services.”

Reitz concludes, “While regulation generally tends to lag behind innovation, regulators in South Africa have shown a great willingness to engage with the community and work towards pragmatic regulation.”

Luno was founded in 2013 by two South Africans, Marcus Swanepoel, a former investment banker, and Timothy Stranex, who previously worked for Google as a software engineer. Today the company is headquartered in London and has nearly 400 employees across offices in London, South Africa, Malaysia, Indonesia, Nigeria and Singapore with customers in 40 countries.