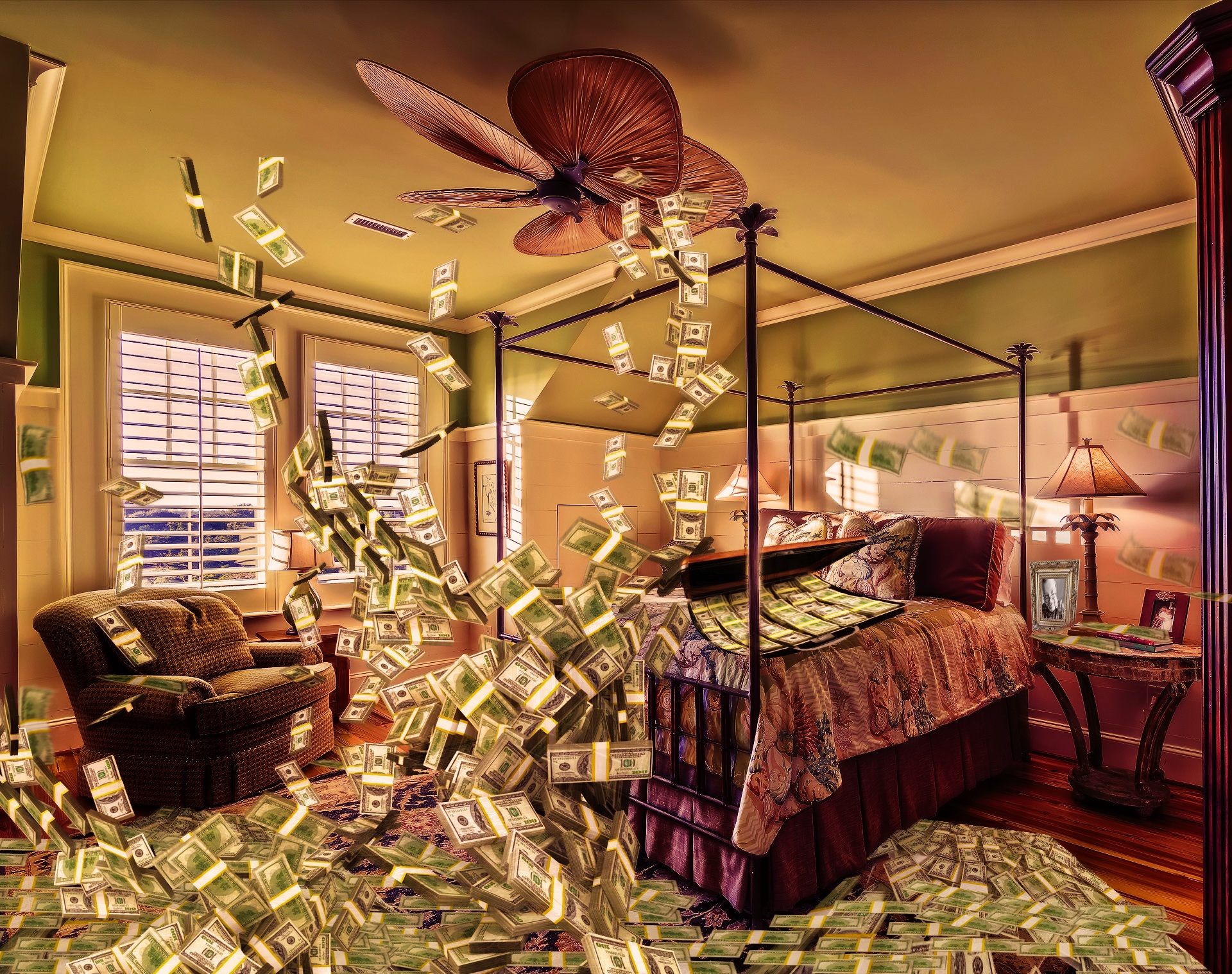 Luxury publishing group Hurun Report Inc. have published their ninth Global Rich List, which identifies 2816 billionaires in the world with a recorded net worth exceeding USD$1 billion. That’s up 346 people from 2470 last year.

The crypto industry has a small showing, with mostly exchange founders in China making the list. Four of the six crypto billionaires on the list are founders of an exchange, with Bitmain and Ripple executives rounding out the group.

While the same number of crypto billionaires were identified in last year’s list (with Bitmain’s Jihan Wu swapping out Huobi’s Leon Li this year), the list is a 40% decline from 2018 when crypto had 10 people in the Billionaires Club. Of course most of that wealth was made up of cryptoasset holdings, meaning their assets are significantly less valuable than they were two years ago.

There are no South African crypto entrepreneurs listed on the sheet of 2816 people, but being a lead developer of a privacy coin, we’ll never know how much Riccardo Spagni is actually worth, will we?

Here are the six wealthiest people in crypto in 2020…

Chinese national Changpeng Zhao, the CEO of the popular cryptocurrency exchange Binance, topped the charts of the richest people in blockchain by a rather comfortable margin. Despite only being launched in 2017, Binance is a dominant force in crypto today – its flagship Binance.com trading platform regularly posts daily trading volumes of $1 billion or more, with the company expanding its operations rapidly.

Among other things, Binance has helped launch fiat-to-crypto exchanges tailored for specific jurisdictions (US, Singapore, Jersey, Uganda and a South African offering soon), created their own blockchain platform Binance Chain, and launched their Futures exchange for derivatives trading.

Despite earning him massive wealth, Micree Zhan Ketuan’s career at Bitmain has had its fair share of twists and turns. According to reports, Zhan Ketuan has an ongoing feud with Jihan Wu, and was ousted as Bitmain’s legal representative in 2019.

Also from China, Xu Mingxing is the founder of the OKCoin cryptocurrency exchange. He also serves as the CEO of OK Group. The company operates OKEx, which is one of the leading exchanges in the cryptocurrency industry.

Also known as “Star Xu”, Mingxing is not often at the center of attention in the Western part of the cryptoasset industry, and is much better known among Asian crypto fans.

The first Western crypto billionaire on this year’s list, Chris Larsen is the executive chairman and co-founder of United States-based fintech company Ripple Labs. He co-founded the company in 2013 under the name Opencoin, but the company was later re-named.

Ripple uses DLT technology to improve the efficiency and speed of payments. The company has managed to attract over 300 banks and payments providers to its RippleNet network, and has also created “On-Demand Liquidity”, a product that uses the XRP cryptocurrency to boost the efficiency of cross-border payments. A large portion of Chris Larsen’s net worth comes from his substantial XRP holdings.

Chinese businessman Leon Li is the founder of the Huobi cryptocurrency exchange and the CEO of Huobi Group. He founded the exchange in 2013 and the exchange has become one of the biggest players in the industry, particularly in Asia.

Rounding out the list, and our second American among this year’s crypto billionaires, Brian Armstrong co-founded Coinbase in 2012. The company has since become the go-to fiat-to-crypto gateway for the Western market. Coinbase commands considerable influence in the industry and offers a range of services including trading, institutional-grade cryptocurrency custody, OTC trading for institutional clients and a crypto payments processor for merchants.

It is telling that four of the six crypto billionaires on Hurun’s list achieved their wealth by running cryptocurrency exchanges,  a clear indication that the world of cryptocurrency is still predominantly focused on speculation. But it just goes to show how much money there is yet to be made in cryptoassets and blockchain-empowered FinTech.

With the Bitcoin block reward halving set for May this year, an event already positioned in a bubbling bull market, it is very likely we will see a few additions to this list in 2021 as crypto’s value likely increases.

Here’s a thought: If Bitcoin were to reach $1 million like Max Keiser and many other analysts believe it will some time in the future, one would only need to own 1000 BTC in order to make this list. That means an investment of $8.6 million into Bitcoin today could land someone on Hurun and Forbe’s Rich List by… say… 2030?

That of course would give Bitcoin a $20 trillion market cap, which does seem a little far-reaching. But hey, that’s double the total market cap of the NASDAQ stock exchange today, so considering it’s a decade a way, maybe not so much?

However you feel about Bitcoin reaching $1 million a coin, I don’t see myself owning 8500 within the next decade anyway. And if I had a net worth of over $17 million, I’m not sure I’d feel comfortable putting half of it into such a high-risk asset-class as Bitcoin. For now, anyway…

Image by kalhh from Pixabay