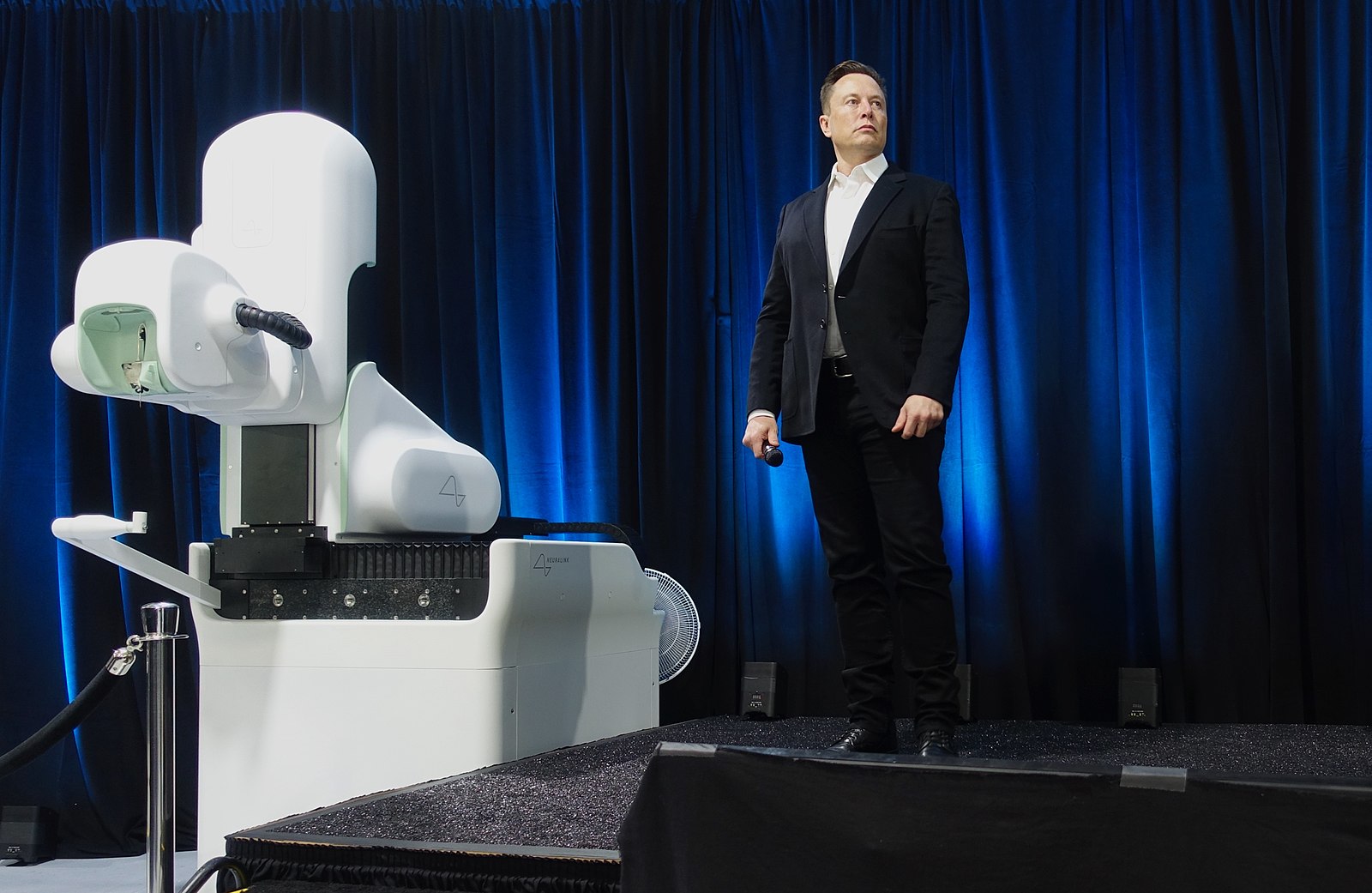 In a response to a Bloomberg interview with Binance CEO Changpeng Zhao, Elon Musk said that Bitcoin is “simply a less dumb form of liquidity than cash”.

The response was in the context of Binance’s CZ stating that Tesla’s investment of $1.5 billion into Bitcoin was Musk’s inspiration. Musk responded by stating that it wasn’t.

“Tesla’s action is not directly reflective of my opinion,” he said in the tweet. “Having some Bitcoin, which is simply a less dumb form of liquidity than cash, is adventurous enough for an S&P500 company.”

He further clarified in a follow up tweet that he doesn’t see himself as an investor, but as an engineer, and that he doesn’t own any public stocks besides Tesla itself.

Despite this modest clarity, Musk then notioned that only a fool wouldn’t investigate cryptocurrency when fiat currencies have negative real interest. Musk concluded the tweet saying that Bitcoin is “almost as bs (bullshit) as fiat money”. His key word “almost” in the sentence seeming to imply that Bitcoin has its own illusory qualities, with value being entirely derived by the people that assign it, but that the protocol’s framework such as its decentralised nature and limited supply seem to make it at least a better choice than centralised fiat currency.

This interpretation of his use of the word “almost” can be derived from a later reply to a user in the thread where Musk sarcastically stated that it was “amazing” that a token built with outdated encryption technology could be used as a fungible form of money.

Once again, Musk’s intriguing yet robust perspective sentiment towards Bitcoin is revealed via the short-form blogging platform of Twitter. Society has taken the next step in its evolution, and it’s not quite what we expected.

The original tweet from Bloomberg with the Changpeng Zhao interview with Musk’s first response: 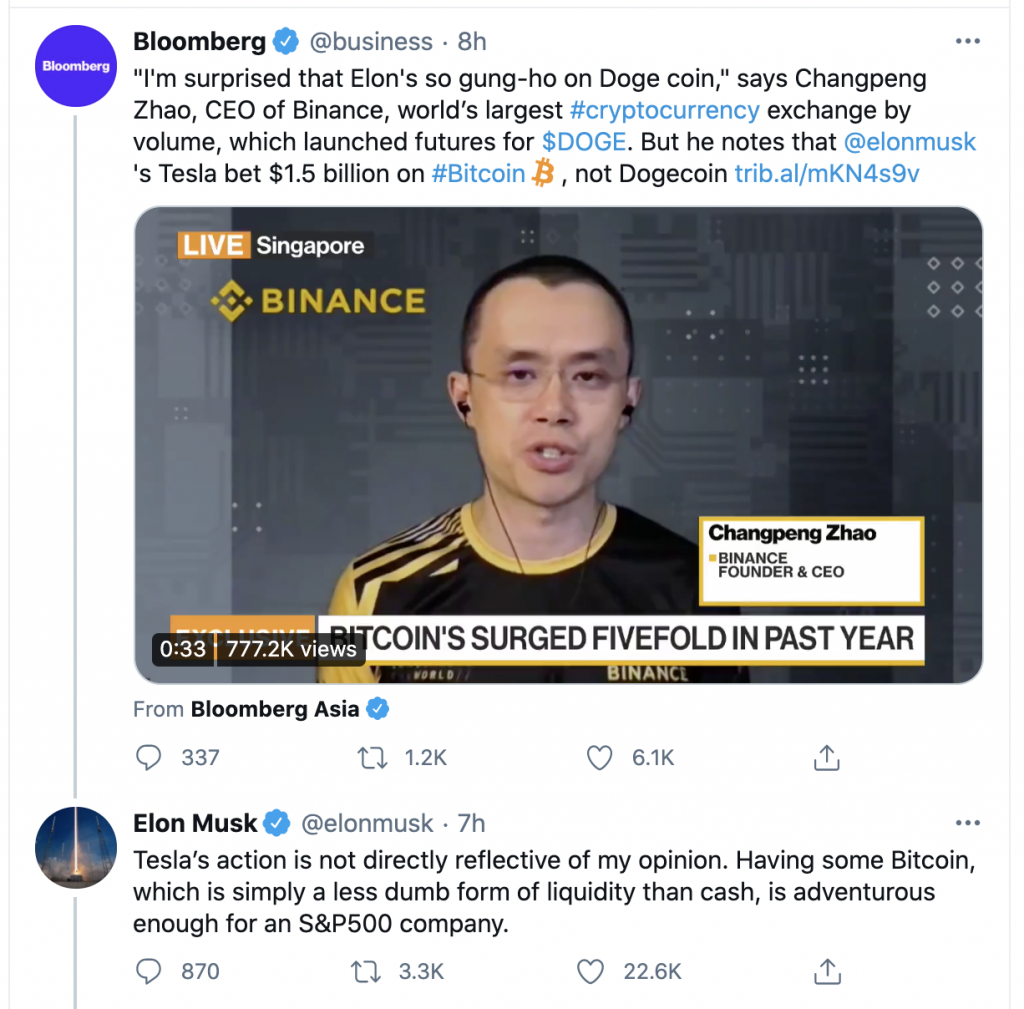 Musk responded to his own tweet in order to provide clarification, and then responded to another Twitter user to further clarify his comments around the “bs fiat money” comment… 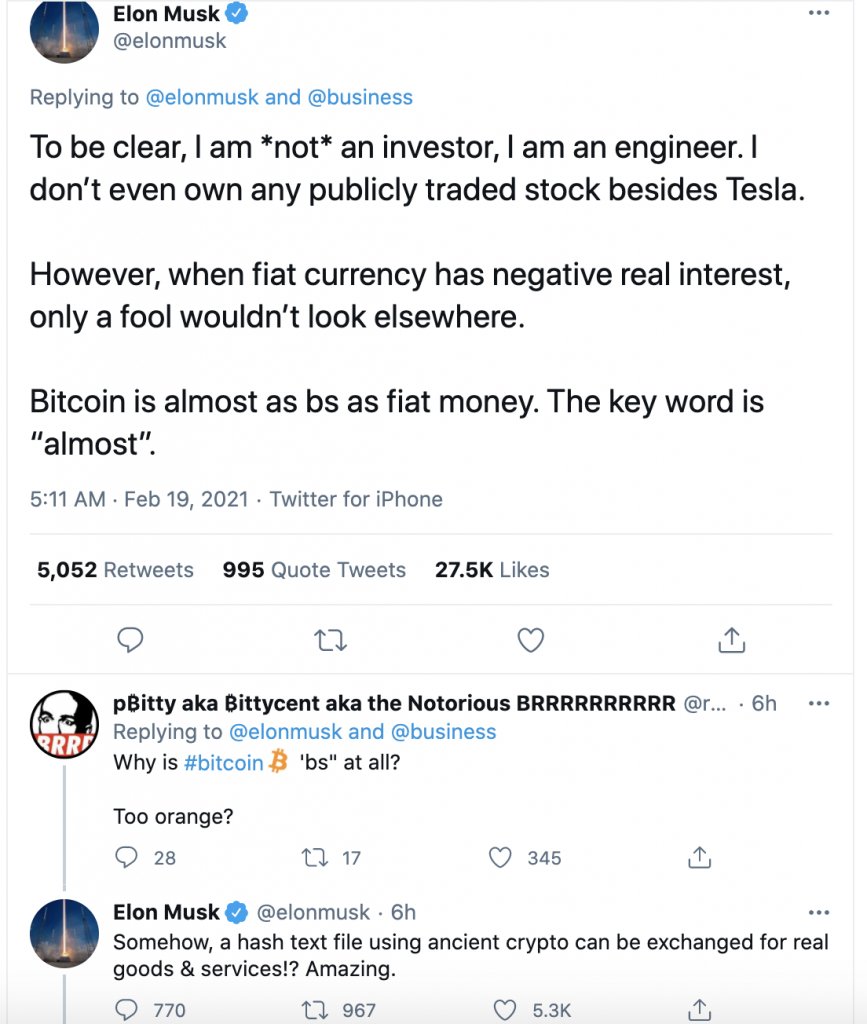