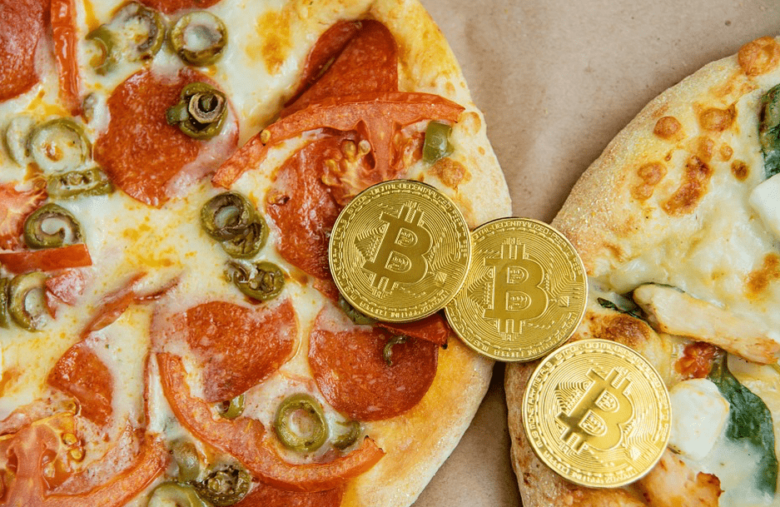 Anthony “Pomp” Pompliano, a popular influencer among the crypto community, has announced a new pizza chain called Bitcoin Pizza. You can now buy pizza that will directly fund the development of Bitcoin!  Bitcoin Pizza allows you to eat tasty pizza and support Bitcoin developers… What more could you ask for?

The brand will be launching in 10 major US cities starting on 22 May 2021. Pomp’s announcement comes just days before the anniversary of Bitcoin Pizza Day. The launch date actually coincides with the 11th anniversary, where Laszlo Hanyecz purchased 2 pizzas for 10,000 BTC in 2010, making them the world’s most expensive pizzas. This is a historical day for Bitcoin fans, as it showed the world that Bitcoin could be used as a means of payment for real-world goods or services.

According to the announcement, 100% of the profits will go to the Human Rights Foundation’s Bitcoin Development Fund.

“When you buy a Bitcoin Pizza, what happens is, you’re actually funding Bitcoin development.”

Within hours of the announcement, ‘Bitcoin Pizza’ was trending on Twitter. Pomp received extensive support on social media from many prominent figures in the crypto industry, including the CEO of Binance, Changpeng Zhao (CZ).

“We eat pizza in Asia and Europe too. Can’t wait till you make it international. good work man.” Said CZ.